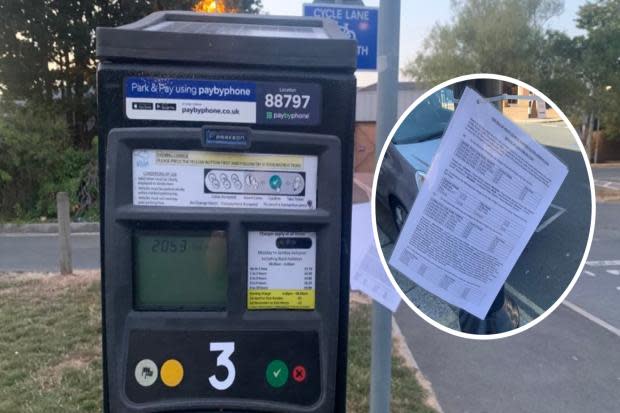 Parking fees will increase THIS MONTH – find out how much

CAR parking charges on the Isle of Wight will increase at the end of the month.

Islanders and visitors will now have to pay an extra 10p per hour to park in long and short term car parks as well as street parking.

The increase will see rates in short-term car parks rise by up to 30p – with the most expensive charge for parking between two and three hours now at £5.40.

At the more than 40 long-term car parks across the island, the most expensive charge will increase by £1 – from £9 to £10 – to park your vehicle for between six and ten hours.

Parking charges on Newport High Street and other short-term parking areas in the city and in Cowes will now cost between £1.10 and £4.20 for a stay of 30 minutes to two hours.

Long-stay on-street parking areas in Cowes, Ryde, Sandown, Shanklin, Ventnor and Yarmouth will see rates rise by up to 80p, with charges for parking between six and eight hours now costing £9.40.

A new charge will also be introduced for heavy commercial, public service and passenger vehicles that intend to park somewhere for 14-24 hours, at a cost of £20.

Other fares for these large vehicles will change up to £1.40.

Isle of Wight Council approved the price increases in February as part of the Alliance Administration’s 2022/23 budget and hoped, at the time, to earn an additional £98,900.

The increase was originally due to be introduced in early July, in time for the summer holidays, but was delayed.

They will now come into force from August 26.

For more information, check out the current edition of the County Press – available in stores now.