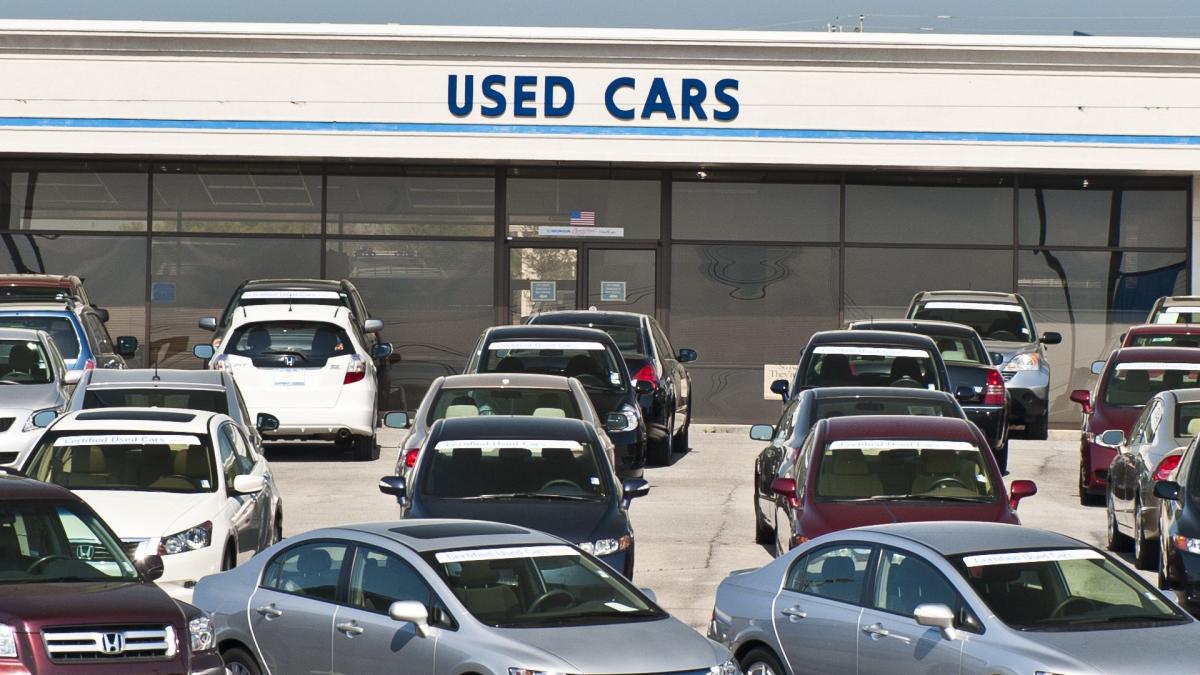 Has the car price bubble burst?

In mid-July, CBS News reported that vehicle repossessions had increased, with repossessions even doubling among buyers with good to excellent prime credit. In many cases, the pandemic stimulus helped defaulters buy cars, but when the checks stopped and inflation rose in 2022, they couldn’t keep up with the payments. In other cases, people got into trouble taking out more expensive loans after the Fed raised interest rates.

See: How much money to have hidden at home at any time
More: 7 surprisingly easy ways to reach your retirement goals

The trend is a troubling sign that industry experts say points to a market bubble that is about to burst. Gradually falling MSRPs would be good news, but a sudden drop in prices would leave many people who bought at the height of the bubble underwater with cars worth less than their loan balances.

So, is there a bubble? Has it burst or will it burst soon? GOBankingRates asked the experts.

According to the CoPilot Back to Normal Index, the average price of a used vehicle is $33,341. That’s below the March peak, but only by $172.

If the standard depreciation models still applied, the average price would be $23,295, which means used car buyers are paying an average of $10,046 more thanks to the auto market bubble.

Although used prices are only a hair below the peak of the bubble, the market for new cars is even uglier. Late last month, Kelley Blue Book reported, “New car buyers paid an average of $48,182 in July. This was the highest figure ever recorded by KBB.

“The auto market is still tight in supply and high in demand,” said Lauren Fix, automotive expert and industry analyst, Car Coach Reports. “Beyond the shortage of chips, there are shortages of tires, wiring harnesses and plastic components. A dealership I spoke to has new cars in their lot, but they are not salable. because they lack interior wheelhouses or chips for safety devices. In conversation with many automakers, they don’t see any relief from these supply chains until 2024.”

Take part in our survey: do you think you can retire at 65?

Demand is falling and prices shouldn’t be far behind

The $172 drop in the average used car price isn’t exactly cause for celebration, but it could be a sign that the storm clouds are beginning to lift.

“Prices could finally start to cool down a bit,” said David Chou, who previously led corporate strategy at CarMax and Edmunds and is now CEO and co-founder of used luxury car platform Motorenn. “There will be a decline in prices in the short to medium term, then a slight recovery in the next six to 12 months before a likely return to normal.”

As in all industries, it’s all about supply and demand.

“While supply is still constrained compared to the steady state of new car production before the pandemic, demand has also been depressed,” Chou said. “With inflation, a potential recession, and resulting changes in financing – such as higher interest rates, more consumers underwater with their leases or loans, and higher default rates – the number of new and used car sales has slowed.”

Matas Buzelis, auto expert at carVertical and president of the Association of Automotive Intelligence, agrees that demand is falling because cash-strapped consumers are postponing purchases, but he thinks car salespeople are also responsible for lower prices. price.

“It is also being initiated by dealers who are struggling to sell certain vehicles and are in dire need of cash.”

Where the new market goes, the used market will follow

At the height of the auto shortage — when used cars routinely sold for more than comparable new cars and new cars had months-long waiting lists — analysts discussed the two markets as s they existed independently.

However, prices in the used and new markets can and do change at different rates for different reasons, and the used market will likely ease first.

“With the slowdown in new car supply, some used car transactions are lagging,” Buzelis said. “New car prices are far less likely to fall. Manufacturers have already adapted. Previously, these were volume businesses, where greater profits could be made by increasing production numbers. But now automakers can sustain their gains without ramping up the speed of their assembly lines.

If you’re thinking of selling a car and you think the market is about to fall, it might be time to pull the trigger. If you’re looking to buy, wait a bit.

“The used car bubble is on the verge of bursting, if not by the end of this year, by the start of 2023,” said Geoff Cudd, consumer advocate and owner of Find The Best Car Price. “This will help a lot of people who just can’t afford a new car. As this hasn’t happened yet, I would advise anyone looking for a used car to wait a few more months if they can. As for those looking to sell their cars, I say sell now. Since this bubble is about to burst, you will get less and less for your used car over time.

Ultimately, of course, the decision to buy, sell or trade in a car is a personal decision often driven by necessity.

“The best time to buy a vehicle is when you need it,” said Mike Rumple, owner and CEO of Your Car Buying Advocate. “Just as it is unwise to try to time the stock market, I say this to all my clients: if you need a car, buy a car. If you don’t need one and don’t have to buy one, don’t buy one.

This article originally appeared on GOBankingRates.com: Has the car price bubble burst?