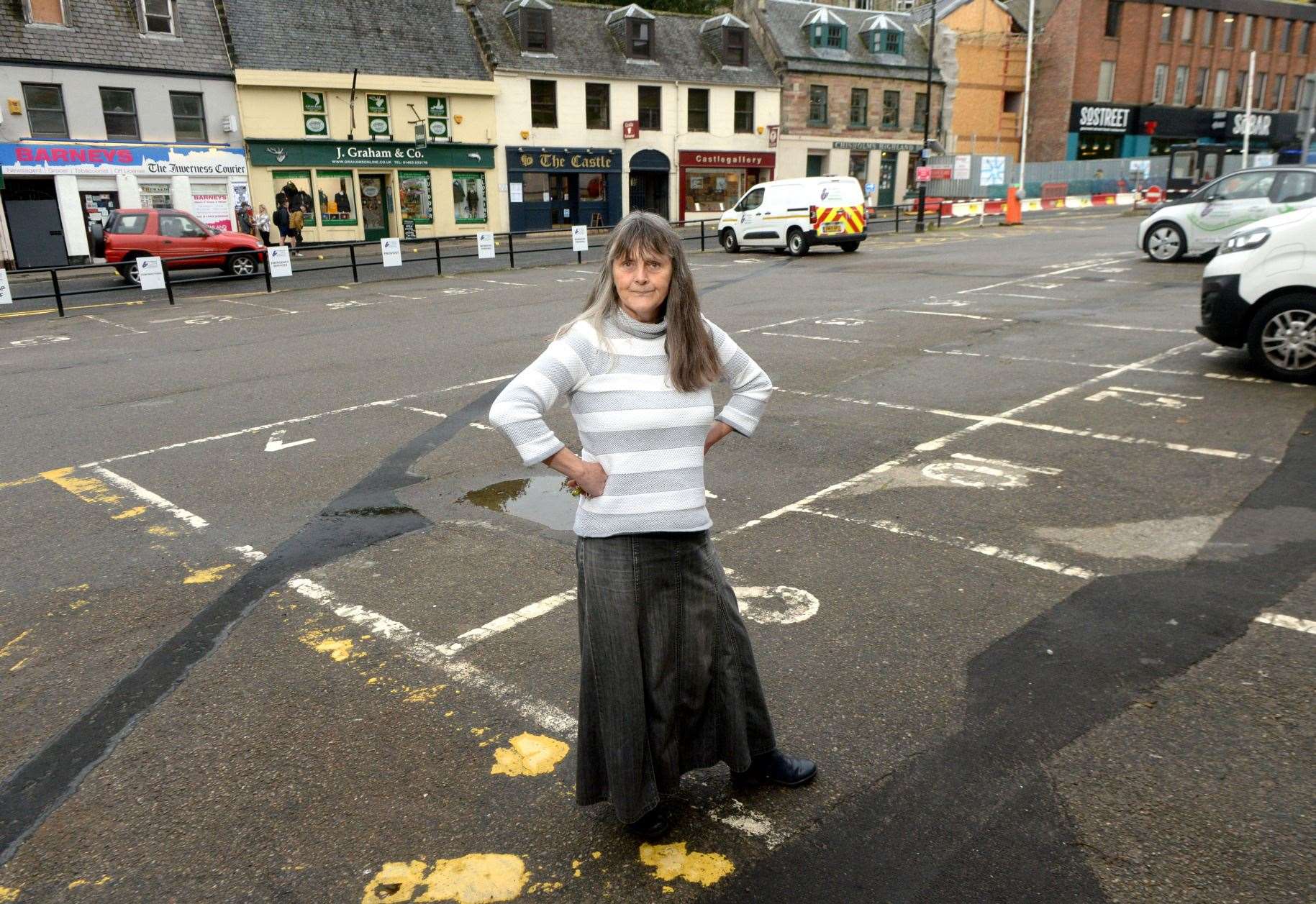 Signs indicating temporary free spaces have been removed from a car park in Inverness town centre.

They were introduced to the premises of Inverness Town House over the festive period and were due to last until January 2.

This meant that motorists could take advantage of a maximum free stay of 30 minutes, Monday to Friday from 8 a.m. to 5 p.m., in the front part of the car park.

They were intended to be used for short term stays to help local businesses have a pick up/drop off space to help with delivery and collection of customers.

The fact that the free spaces have not been made permanent has been criticized by a local businesswoman.

Denise Collins, who runs the Castle Gallery, which is opposite the car park, has campaigned for the car park to be accessible to the public at all times.

It is currently for the exclusive daytime use of Highland councilors and council staff.

She said: ‘Although very little publicized, this facility was used by independent local small business customers in Castle Street and nearby areas.

“The termination of this facility shows an appalling lack of judgment on the part of council, particularly in light of the Scottish Government’s recent announcement of funds to promote the resumption of town center footfall.”

“This was done to support downtown businesses during the holiday season. The availability of the additional parking supply was much appreciated and the council will be looking at other possibilities to extend public access to the car park again in the future.

“In the meantime, the Castle Street car park remains accessible to the public, paid and posted, after 5 p.m. Monday to Friday and all day Saturday and Sunday.”

Do you want to react to this article ? If yes, click here to submit your thoughts and they may be published in print.