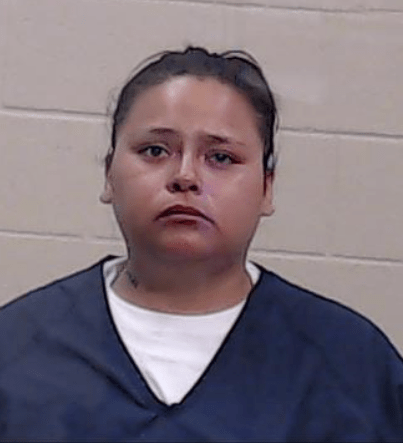 ODESSA, Texas (Nexstar) – An arrest affidavit of Christy Contreras, 25, has revealed new details about how Odessa Police Department investigators caught up to the driver accused of hitting and killing a pedestrian Tuesday morning. Contreras was charged with an accident resulting in death, a 2n/a degree crime.

OPD responded to the crash around 7:00 a.m. on March 22; the fatal accident occurred in block 1900 of E 42n/a Street. Police say a pedestrian, identified as 28-year-old Michael Joe King, was standing in the left-turn lane when he was hit by a driver in a red car. Witnesses at the scene said the driver of that vehicle left the scene, turning north on Grandview Avenue. King was pronounced dead at the scene.

Investigators cordoned off the area for hours on Tuesday to collect evidence. According to an affidavit, car parts left at the scene matched a later model Toyota Corolla. Cameras in the area showed a matching car traveling east minutes before the crash. Police were able to obtain a license plate number for this vehicle and Contreras was identified as the registered owner.

According to the affidavit, investigators then found a phone number for Contreras and contacted her by phone. At that time, Contreras admitted to punching King and leaving the stage.

Contreras was arrested and taken to the Ector County Law Enforcement Center, where she is being held on $35,000 bond. According to prison records, Contreras has been arrested multiple times since 2014. Her last arrest was in October 2020 when she was charged with two counts of criminal negligence child abandonment/endangerment, as well as than escape from arrest/detention in a vehicle.